Not Enough/Right Info
Using a form that doesn’t include the information you need is challenging. This can force inspectors to put information in areas that aren’t natural which makes it harder to follow for those who review it. It also takes longer because you have to spend more time thinking about where to put what and this ends up being energy/time not well spent. Consistency suffers as well because on one report you may decide to put something in one section but the next time you come across the same thing you may put it somewhere else. Of course, the biggest danger here is that something gets missed. If items that should be inspected aren’t on the form then there is always the danger of it getting missed or forgotten. Now this doesn’t necessarily mean the item wasn’t inspected (all though this is very possible), it may just mean that it’s not documented that it was inspected.

Too Much Info
Having too much information in a form can be confusing and a time waster. Skipping over items because they aren’t relevant, or crossing them out takes time. If you skip over them then it also makes it more likely that you miss something that shouldn’t be skipped. If you finish the inspection with the form only partially filled out, it makes it much harder to do a quick scan and find something that you missed that you shouldn’t have. It’s also confusing for those who read the report because it can make it seem like you missed something even though it’s only blank because it’s not part of the inspection.

Using a form that is setup specifically for the type of inspection you are doing eliminates the issues mentioned above. Here is a quick breakdown of the improvements you can expect:

Less confusion by people who are reading it

If you’re not sure what device to use with InspectARide that’s OK. It seems like there are a million different options and you want to make sure you get the one that will work best. The bad news is that there isn’t one device that is ‘best’, but the good news is there are a lot of good options. Below are some things to consider when deciding what device might be best for you:

1.       One of the first things to decide is whether to use an iOS (iPhone/iPad) or Android device. This comes down to personal preference. Most people do have a preference of using one over the other, but this preference is typically based on what they have experience using. From a big picture standpoint both iOS and Android work great and you won’t go wrong with either.

2.       Next, decide what size device you want to use. What’s best may depend on the type of vehicle inspections you’re doing and the environment you’re in. Having something extremely portable that slips in your pocket may be a priority. If that’s the case then a phone makes the most sense. If you want something larger that you can easily review the information with another person on then maybe a tablet would work best.

3.       Getting a newer device costs more and is often worth it. You don’t always have to have the latest and greatest model, but once you start to get a few models behind you won’t get the performance that you would with a newer model. For example, if you put an iPhone 4S side by side with an iPhone 6 (or 6S) the speed difference is huge. Having an older device that is a little slower on each inspection you do adds up over time and in the long you’ll be better off upgrading devices.

We’ve been working hard on updating the InspectARide portal the past few months and the update is almost ready for release! We’re in the final stages of testing and can’t wait to get this in your hands. Here are a couple of sneak peak screenshots: 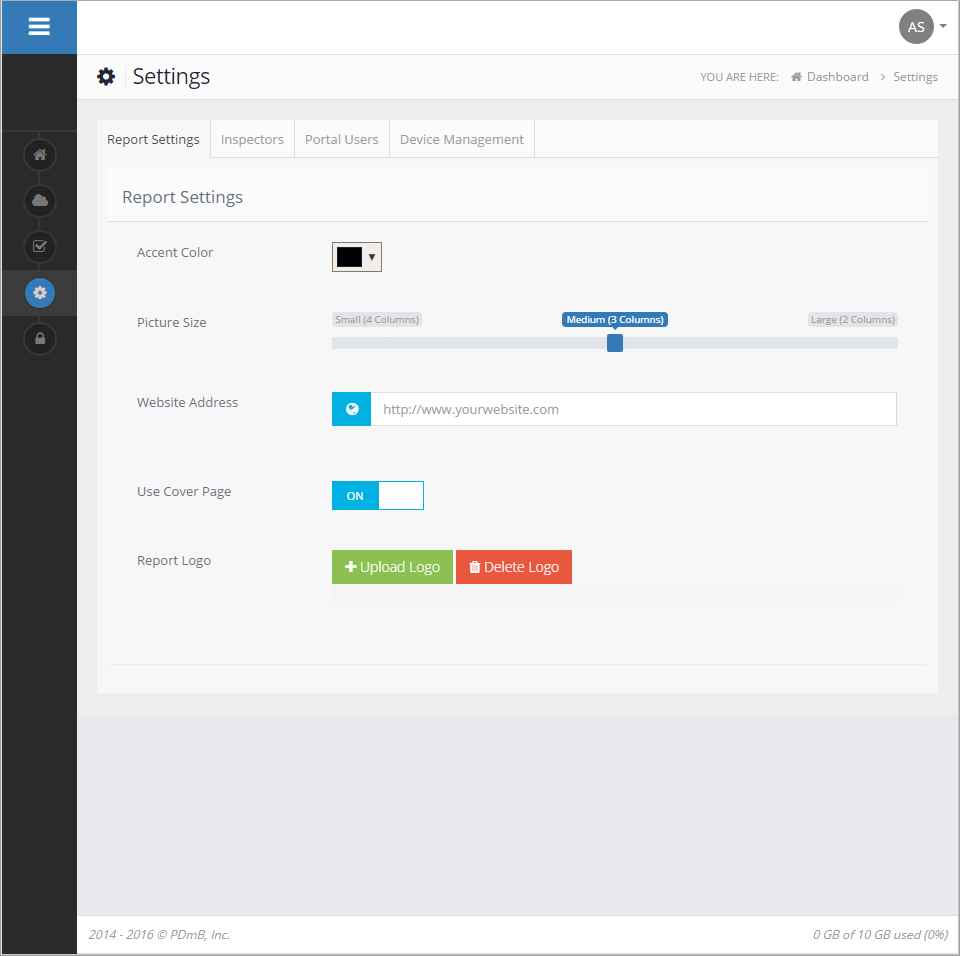 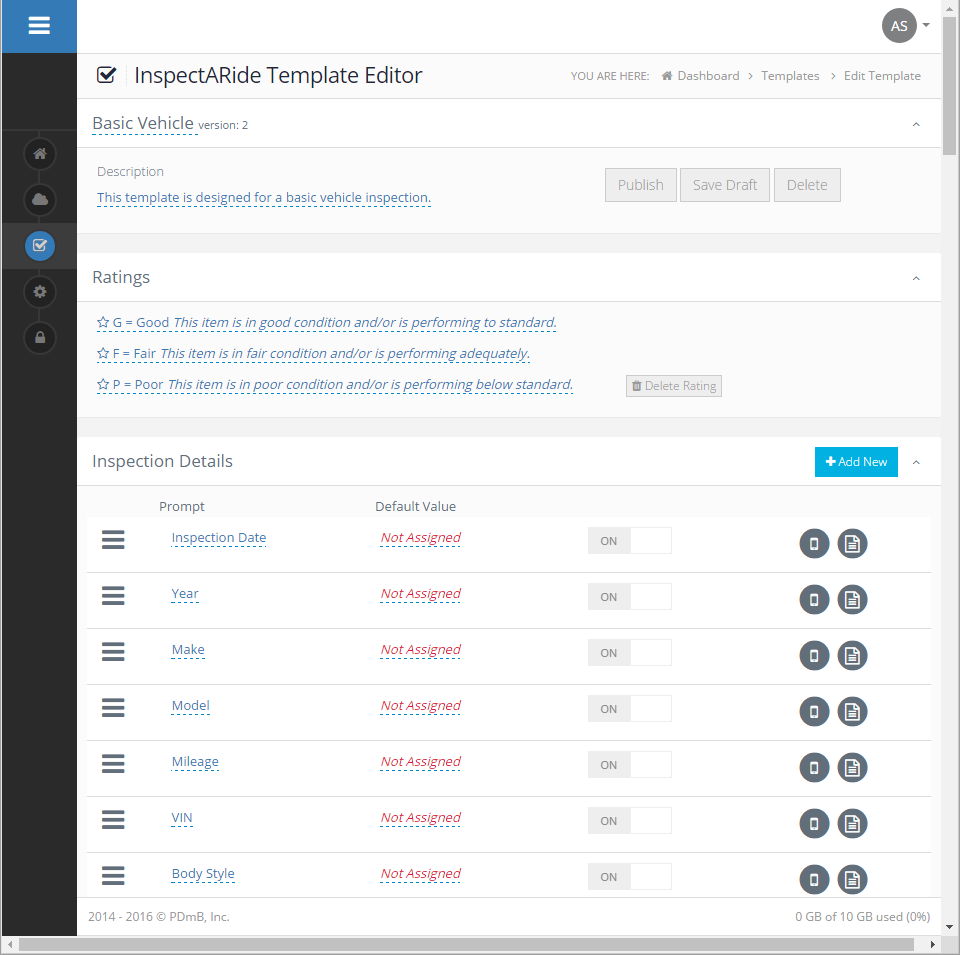 When you do inspections you want to be able to store the reports. InspectARide makes this easy. After an inspection is complete you’re able to upload it to the cloud with the tap of a button for long term storage. That’s right, all you have to do is a tap a button and the program takes care of the rest!

With the cloud you’re able to store your inspection reports and access them at anytime. You can pull up previous inspections to review, print, email or do whatever you need to with them. You don’t have to worry about losing information if something happens to your computer since the information is online. This also allows you to access your reports from any device with a web browser.

You don’t need to be a computer expert or even know what ‘the cloud’ (basically just a place where you can store information online) is  to be able to use and take advantage of its benefits.